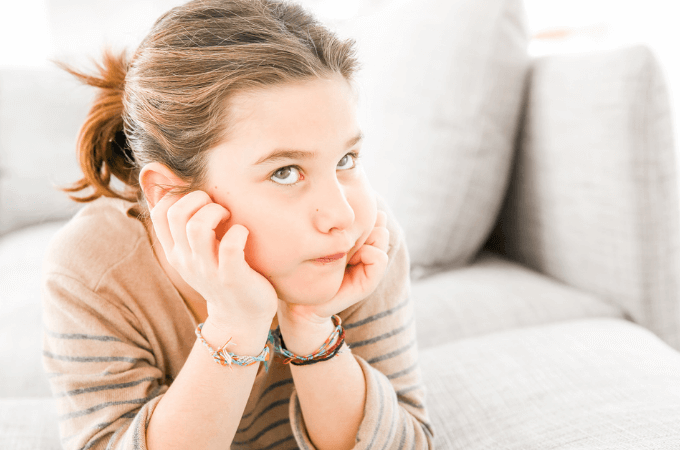 After I told my boys that we were leaving in 5, I asked my  younger son to come downstairs and put on his shoes, I took a quick moment to straighten up the kitchen in a short-lived silent bliss. From upstairs, “Why does he get to have extra time playing? ” pierced the silence. Mom-meeeee! (Drawn out for extra drama.) It’s not fair!!! You never give me extra time! So he has to come down right now just like me. Or it’s not fair!

The entire lovely message was delivered in one ear splitting whinny, squeaky, high-pitched shriek of a voice.

But it doesn’t end there. Now it’s my older son’s turn. He chimes in from the playroom. It is too fair! You always get more time with mommy when she reads you bedtime stories. Last night, you got more dessert than me! AND last weekend, you stayed on the playground when I had already gotten in the car! So I get to stay and play. It is too fair!

How many times have you heard the rallying cry “It’s not fair!!!” I always want to repeat my mother’s typical response: “Life isn’t fair.”  In my head, I always responded: “So? You aren’t the world and you should be fair anyway.” Logic just didn’t work on me. Nevertheless, I tried her response on my boys once or twice. It was significantly less satisfying than I hoped it would be. And it wasn’t satisfying for one main reason.

What if my son was right? What if I was unfair?

Children believe that fair and equal are the same, which we know isn’t true. So, in my children’s eyes, if I am not giving them EXACTLY the same thing, I’m being unfair. So I take a three step approach.

Parents Unknowingly Add Fuel to the “It’s Not Fair” Fire

My first step is to try to show them that everything shouldn’t be equal.

Unfortunately, as parents, in trying to be fair, we sometimes try to make things equal. I know that when I buy my older son clothes (because he’s outgrown last year’s), I almost always buy something for my younger son (even though he has plenty of hand me downs). Part of that may be my love of shopping….*hangs head* But when I do this, I’m conditioning the boys to think that if one gets something, the other must necessarily get something too. Shoes for one? Shoes for the other. Toy for one? Toy for the other. I don’t do all of these, but I’m definitely guilty of some of them some of the time…

Another trick to help children start to recognize that things do not always need to be equal is to give instructions separately. For example, instead of saying “Kids! It’s time to leave the pool!” You might say “Justin, will you please put on your shoes and carry the pool bag out to the car for me? And Taylor, will you please quickly say goodbye to your friends and then throw our trash away? Thanks guys!”

Next, I pull out the examples of Planet Equal and Planet Fair to remind them why they really wouldn’t want everything to be equal:

Hello, everyone! Welcome to Planet Equal, where every sibling gets treated, well, equally. Here are some things you can expect:

On the other side of the solar system, we’ve got Planet Fair, where:

Which planet would YOU rather live on? (cite)

And finally, if all rational thought fails in the moment, and they refuse to believe that things needn’t be equal to be fair – I explain to them that I am fair because I actually do give them exactly the same. I confess. I delight in the confused looks that appear on their faces at this point. But it’s my little trick.

I explain that they get exactly the same love from me. And I think this is actually what children are uneasy about when they complain that something isn’t fair. They equate whatever is being “given” with love. In short, they are afraid that they are loved less if their cookie has fewer chocolate chips.

Here’s a sweet video with author Sonny Varela reading his book Fair is Fair that I think does a great job capturing similar ideas about equality and fairness! -let your kids listen along!

So do you remember my older son’s complaints? Here were my responses:

Son: You always get time when mommy reads you stories at bedtime!

Me: Ummmm…well, yeah. He can’t read. And, since you’re older and you can read, don’t you enjoy getting a few extra minutes under your covers with your book and flashlight?

Son: Last night, you got more dessert than me!

Me: Again, yes. You already had a cupcake at a school birthday party. Aren’t you lucky that you got a party at school today when your brother didn’t?

Son: AND last weekend, you stayed on the playground when I had already gotten in the car!

Me: Yep! And who got to hear my lecture about coming when he’s asked? You? I think not.

These are some other posts that you may enjoy:

One Word To Encourage A Growth Mindset

Is Your Child Displaying Angry Behaviors? This Is What You Need To Know

Don’t Forget To Pin This So You Can Come Back Later!