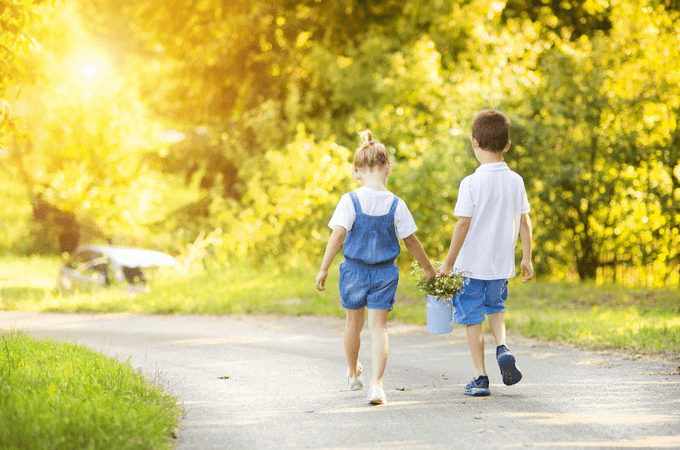 I listened to my mother’s labored and erratic breaths as she lay almost motionless with her eyes closed. My fingers scrolled absent-mindedly through my Facebook feed, hoping for a distraction. A post in my neighborhood Facebook group caught my eye, from a woman named Sandy:

I made a great discovery today, it might have even been a miracle. Did any of you know it is possible to wash all the clothes, dry them just once, fold them all and put them away ALL IN THE SAME DAY?!?! I think maybe I should write a book, I need to get this info out to the masses!

I snarked: “Sounds like the hubs must have taken the children out of the house!” 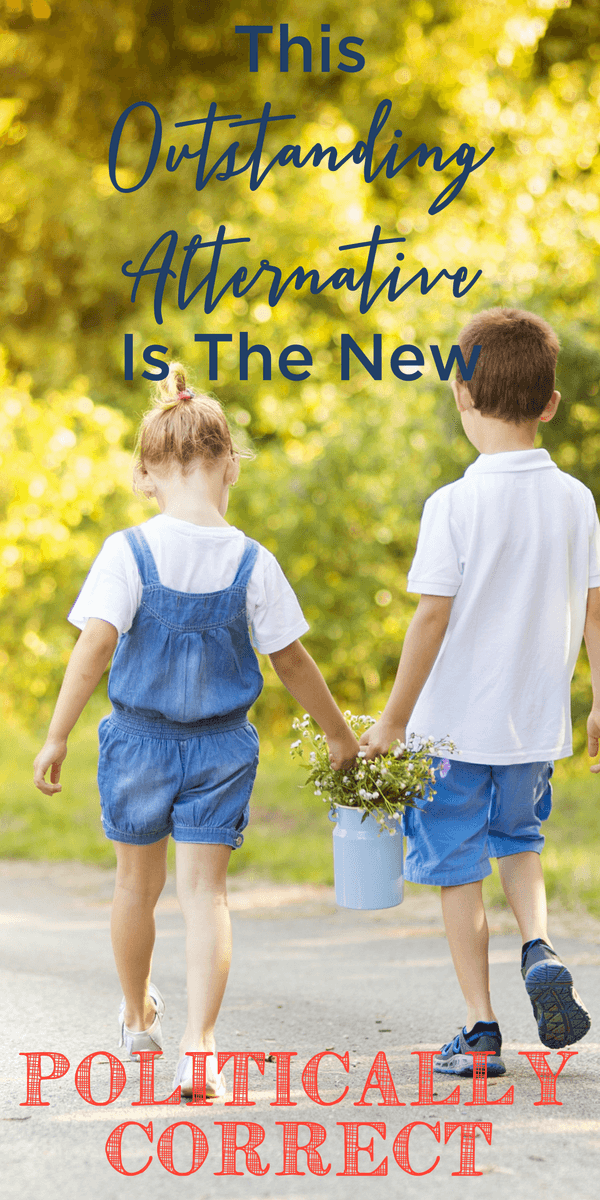 That night, I left the hospital late, collapsed into bed, and then woke up too early. Forcing my swollen eyes open, I rolled over and read the waiting text on my phone:

“I just wanted to let you know I saw your response to Sandy’s laundry post. Sandy is the one whose husband died unexpectedly last year.”

And next,  a message from somebody I didn’t even know:

“[Sandy’s] husband died last year at 42 from a massive heart attack, so the husband didn’t take the kids anywhere. Since you didn’t know, I thought I would tell you.”

That person then suggested I remove my response. I went back to find the original post, and I was stunned.

But then, in a split second, I snapped.

I thought, “I’m pretty sure she remembers he’s dead. I didn’t spring a surprise on her! It’s not like I knew he was dead! It’s laundry for God’s sakes. Lighten the fuck up!”

Someone I Didn’t Expect to Agree With

A quote from Clint Eastwood came back to me:

“[S]ecretly everybody’s getting tired of political correctness, kissing up. That’s the kiss-ass generation we’re in right now. We’re really in a pussy generation. Everybody’s walking on eggshells…Just fucking get over it.”

And his words sunk in, I decided he wasn’t an entirely soulless shell of a human. Maybe he was onto something; maybe people do need to lighten the fuck up.

The truth is, I’d been in hospice watching my 85-year-old mother with Alzheimer’s take fewer and shallower breaths for three days.

As soon as I learned of my mother’s pneumonia, I knew this would be her last illness. She was 85 years old, she had advanced Alzheimer’s, and her death was not a surprise. Even so, as I grieved, nobody told me to lighten up about it.

But since we’ve become a society of “Lighten the fuck up,” why not? She was 85, and she’d been living with Alzheimer’s for 15 years.

In ICU, she wore a bright golden bracelet with black stripes and letters: “FALL RISK.” It looked more like she was in for radiation contamination than pneumonia. In all honesty, she was also a “choke risk,” a “bruise risk,” a “breaking risk,” and a “bleeding risk.” She was almost non-verbal. She was barely ambulatory. Let’s call a spade a spade: she was a “dying risk.”

Still.  As I wept and planned my mother’s burial, not one person told me to lighten the fuck up. Why?

My Boys Showed Me

Several days after her funeral, I washed the breakfast dishes, and the sunlight streaming through the windows warmed my cheek. I heard my boys roughhousing in the next room and then,  “Stop! That’s my book!” and the dismissive reply, “I’m just looking.”

At that moment, I saw how “I’m just looking” was the youthful version of “Lighten the fuck up.” When my son said he was just looking, he made it about him, assuming that his little brother thought he would mangle the book. He didn’t intend to damage the book – objection handled. But maybe he was missing the point altogether.

People have “political correctness” confused. It’s not about them; it’s about the other person. So it wasn’t about my son who was “just looking.” It was about my other son. He was upset, and his feelings were summarily dismissed with “I’m just looking.”

Then my thoughts wandered to Sandy, and I felt my stomach cinched into a knot. I slid to the floor. Instantly, I felt her grief collide with my father’s and mine. I felt my father’s grief at losing his love of 63 years. And I felt Sandy’s grief – Sandy, whose 63 years with her beloved were stolen from her. And I prayed for 63 years with my beloved.

As I listened to hear how the boys would work it out, I was amazed by the simplicity of the answer that had come to me; we all learned this stuff in grade school.

Nobody would ever dream of telling me to “Lighten the fuck up” when my mother died because they understand that those words would be painful for me to hear.

“Lighten the fuck up” and “political correctness” seem to have become code for, “I refuse to care about whether or not I inflict pain on you.”

Kind people temper their words to protect the feelings of others. They don’t want to inflict pain on others. They understand that with deep emotions at stake, people are not required to “lighten the fuck up.” And good people don’t ask them to.

So when people say political correctness has gone overboard or “lighten the fuck up,” what they mean is: I don’t care about your feelings. I don’t have to care if I inflict pain on you. What I want to do or say is more important than its impact on you or anyone else. And it’s all I care about. 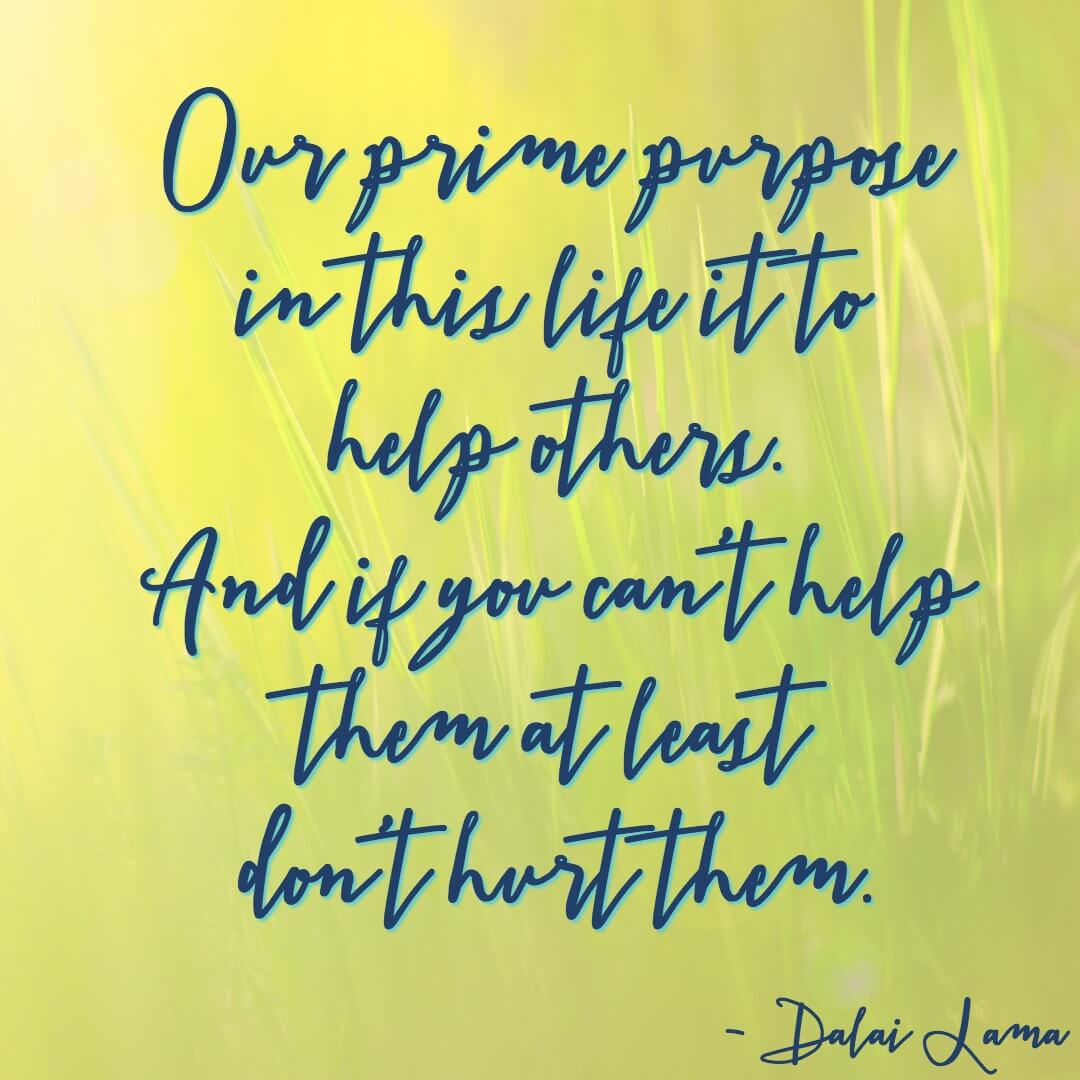 So This Is Why

When men choose to refer to women as “bitches”or “hos” or even brag that they “grab pussy” because they can, it doesn’t mean that they should. This is wrongly called political correctness gone amuck when it is the absence of human decency. A lack of kindness. It inflicts pain on women and society as a whole.

When a judge gives a ridiculous sentence to a young man convicted of sexual assault because it was just “twenty minutes of action,” he dismisses the humanity and protection of the law that rightfully belongs to all women. He does harm and inflicts pain.

When people choose to fly a Confederate flag, they glorify images of segregation, burning crosses, and backroad lynchings.  It’s a horrific and excruciating past that’s not been overcome for many in our country. So why would any decent person want to inflict that pain on anyone?

Where We Go From Here

That night, I offered Sandy an apology from a newly found place deep in my soul, which she graciously accepted. She even went so far as to say she was fine, but I knew.

I knew there was a moment, however brief, that I unnecessarily added to the pain of her loss. I can’t ever take that back.

But what I can do is vow to do better. I can vow to teach my boys that things aren’t always about them. Kindness and decency have innate value, and they are not to be confused with political correctness.

The morning that my younger son was looking at my older son’s treasured book, I went to my boys, and we talked. I explained why “I’m just looking” was a response that dismissed and devalued his brother. We will continue on this path of recognizing opportunities to show people their value in our eyes – not for political correctness’ sake; but because it’s the decent and kind thing to do.

Previous Post: « One Powerful Way to Show Your Teen You Understand
Next Post: Saying "You Can Do It" Is The Wrong Thing to Say. And Here’s Why… »

I'm so glad you've found us! This is your place to join a community of like-minded mamas looking to foster peace and joy in their families. Read More…

56shares
We use cookies to ensure that we give you the best experience on our website. If you continue to use this site we will assume that you are happy with it.Ok